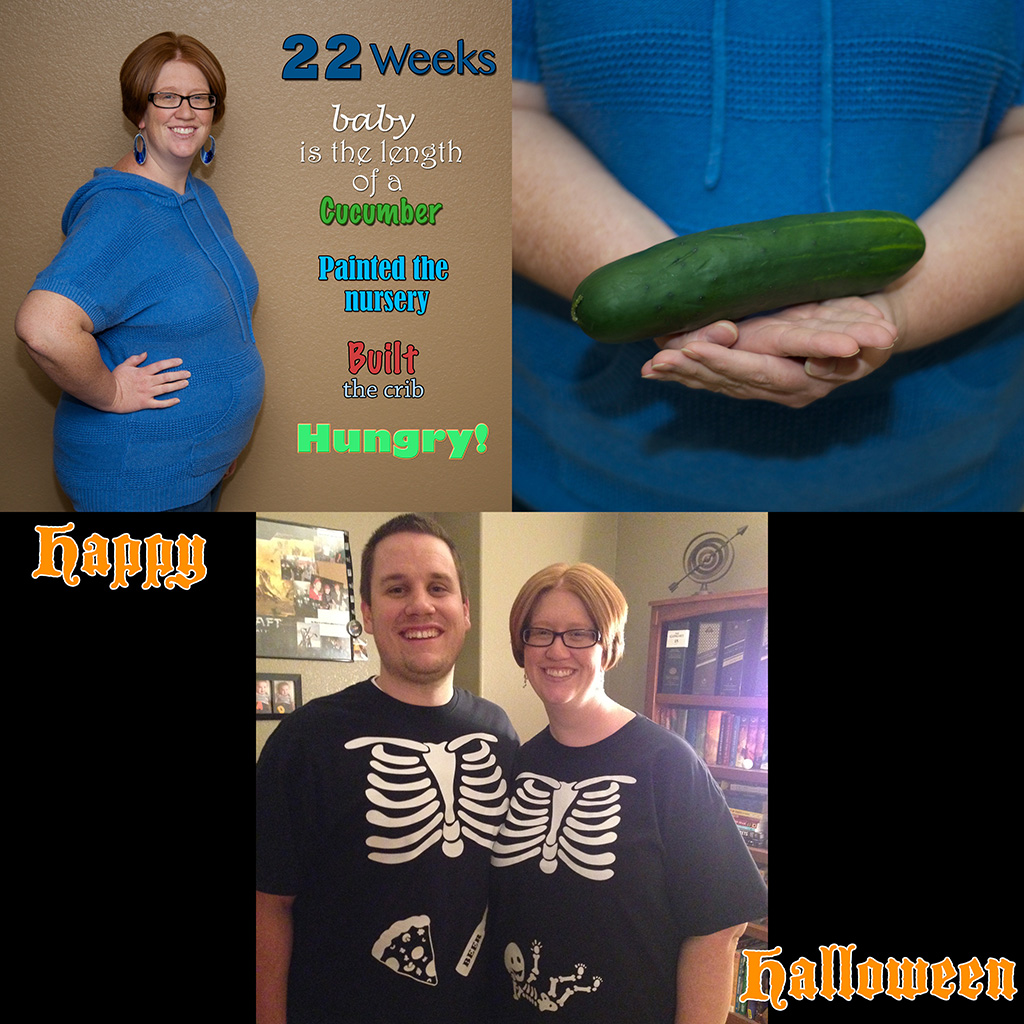 In case you haven’t figured it out by the title, I just spent the last two days (with the help of my father in law on the first day) painting Hayden’s nursery. Up until now, the most difficult paint job I’ve done at home has been butting two colors up against each other between rooms or walls. For Hayden, we decided to do something a little more bold. Instead of simply doing an accent wall, we made the room mostly 1 color (grey) and then added a blue strip to the top foot of the wall. Not content with just two colors, we put a white stripe separating the two for added effect. The picture below doesn’t do the blue justice, it’s got such a great color, and at night with just the fan light on, the blue pops with an added dimension of color.

Calling it a pain in the ass to make the lines doesn’t begin to describe it, but I think the end result was work all of the physical pain of going up and down ladders for two days. Not to mention the touch-ups of the touch-ups to get the lines as straight as possible on a textured wall. 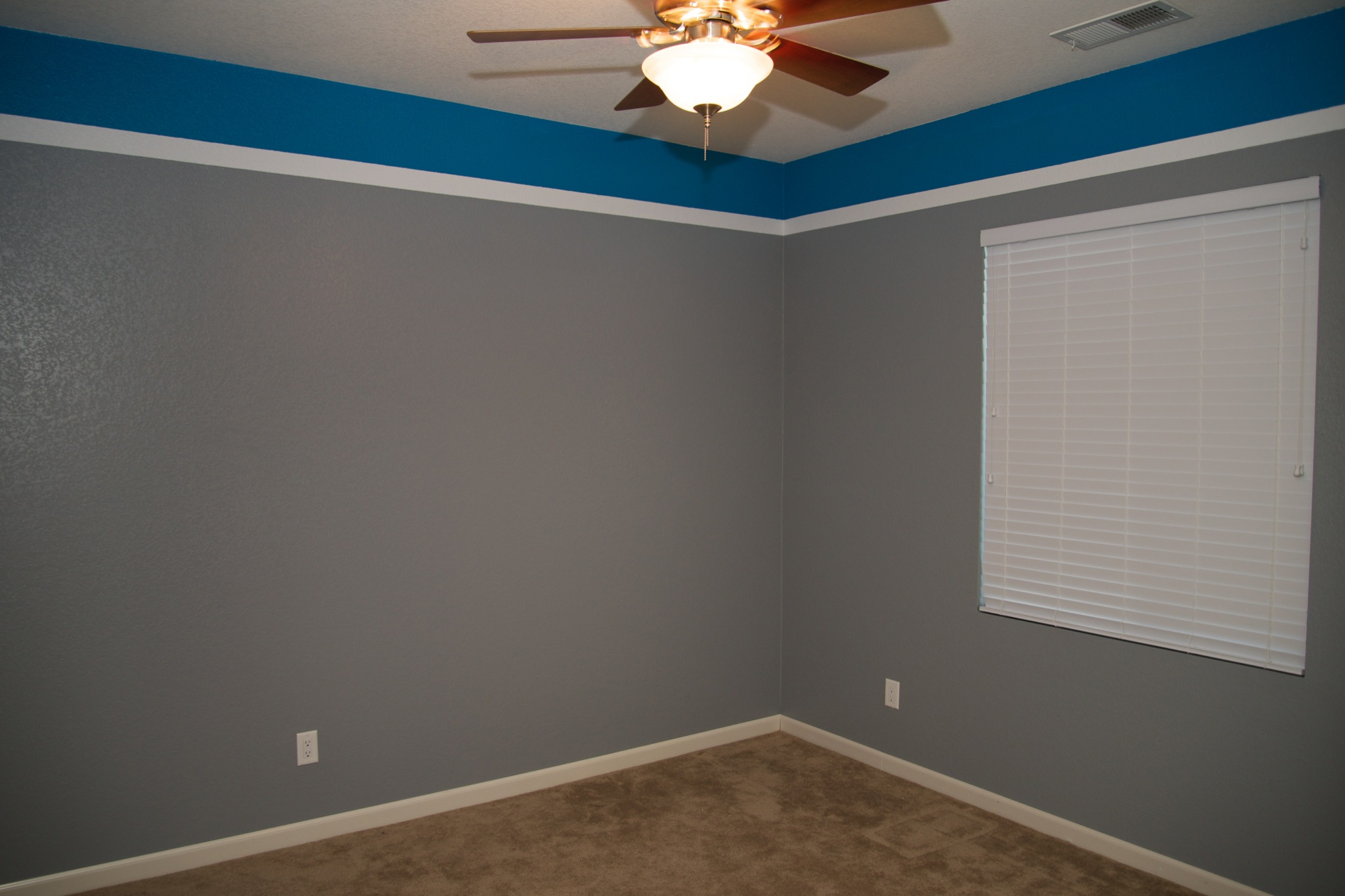 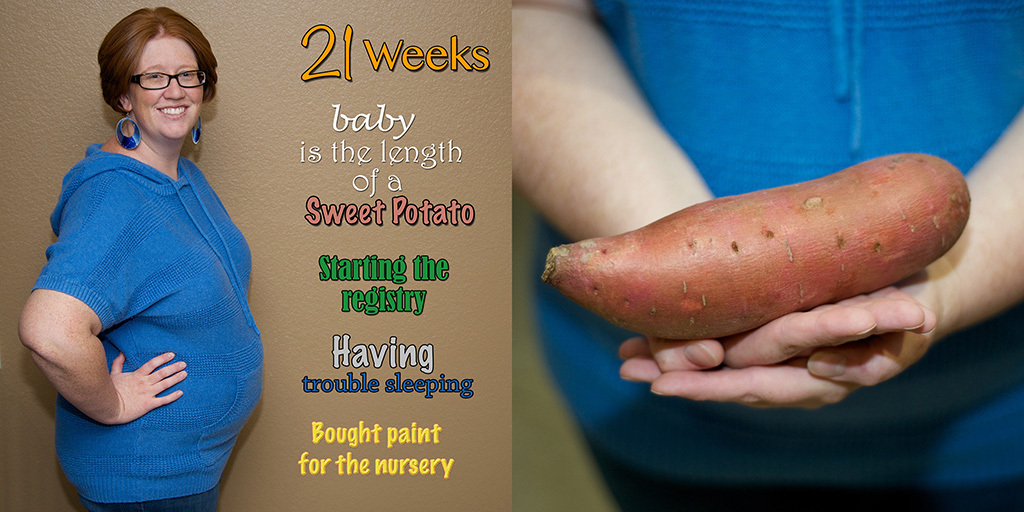 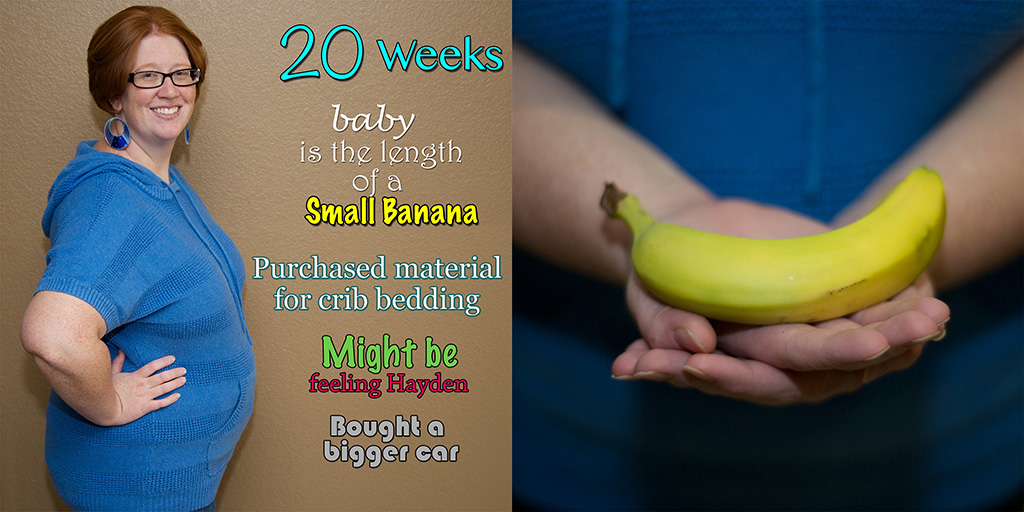 The things you do when you are expecting

There are things that expecting parents go through between finding out that you’re pregnant and The Big Day when you bring them home. For us, we’ve had the work of preparing a spare room that had been used more for storage for 6 years. We’ve had the many failed attempts at determining gender, and now the changing out of vehicles due to the extra requirements that come with being a parent.

We figured out that my daily driver, a 2007 Chevrolet Cobalt with over 100,000 miles on it, had a trunk that could not hold a stroller, let alone a stroller with all the other “essentials” of transporting a baby. It was time to trade in the smaller of our two cars (Kim’s 2008 Hyundai Elantra has a huge trunk for the size of the car) for a larger vehicle. After shopping around and reading reviews, we settled on our brand new (to us) 2013 Chevrolet Malibu.

The car is great and pretty much exactly what we were looking for. It should give us and Hayden many years of comfortable transportation. 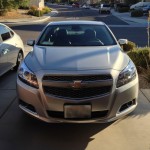 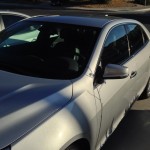 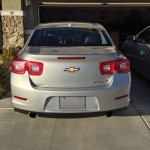 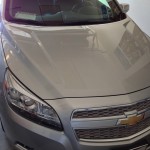 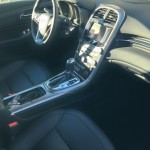 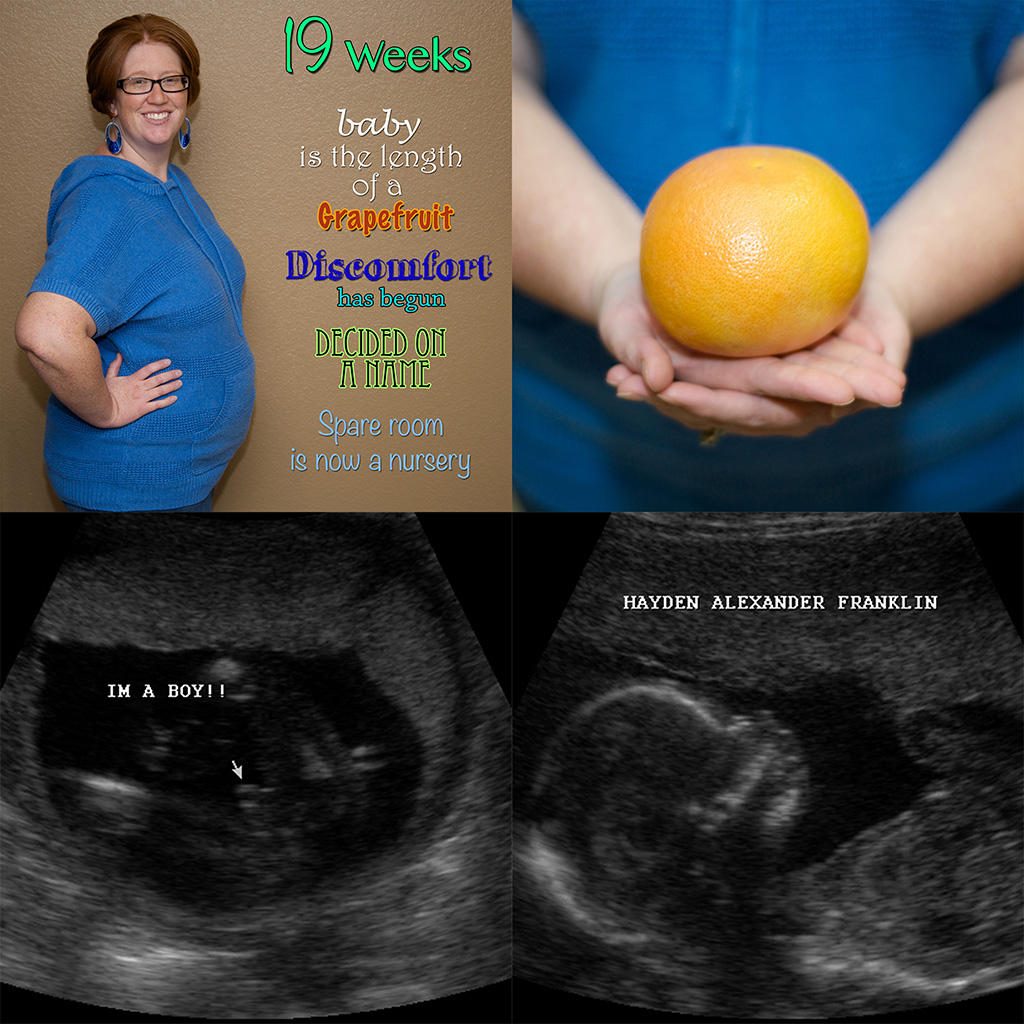 The Story So Far

Since we are 19 weeks into our pregnancy and this is the first blog post, we’ll start out with a quick recap. A few days after the 4th of July, we decided we had waited long enough to give our first pregnancy test a try. We bought 4 of them, and used two (different brands, just in case). Turns out, they were positive. That was the start to this whole crazy roller coaster ride. Two weeks later we had our first appointment with the doctor and got our first look at the tiny little miracle. During the ultrasound we got a bit of unexpected news. While not uncommon, we did have a small shadow that indicated that two embryos had started, but only one progressed. In essence, we almost had twins!

After a handful of appointments, we’ve seen our kid grow from the size of a kidney bean to the size of a grapefruit. Even after all these ultrasounds, we were unable to get any determination on the gender. We continued to have appointments with the doctor and even went to a private ultrasound company, all with no luck. During this process, we elected to do a State of California offered genetic screening test. Since the extent of the testing involved a few blood draws and some extra ultrasounds, we decided there was little risk and we got to see the kid a few more times. How could we lose?

Or so we thought.

About three weeks ago, we had a call from the genetics lab letting us know that we would need to come in for a meeting with a genetic counselor. At least one of the tests came back with an indication that there might be something wrong with our baby. After meeting with the genetic counselor, we learned that the State test examines the levels of 4 different proteins in the blood. The levels of these proteins are measured against a baseline, and when certain proteins are above or below that baseline (as well as how much above or below) it can indicate issues such as Down’s Syndrome, Trisomy 18, and Trisomy 13. In our case, we had a 1 in 48 chance of our baby having Down’s Syndrome.

At this time we were given a couple of options. The first option was to do no further testing. We could live with our current results, and continue on. The second option was to have an amniocentesis test, but due to the risks associated with that sort of test, we declined. The third option, and the one we went with, was a newish blood test (Southern California Kaiser just started offering it this past May) that could tell us with a 99.8% certainty if our baby had Down’s Syndrom (as well as a VERY high certainty for or against Trisomy 18, Trisomy 13, and other chromosomal conditions). It would also give us a 99.9% certainty on gender. The only downside is that it could take up to 10 days for results. After the consultation, we were off to another ultrasound, this time a VERY long one that required the doctor to take many measurements of the baby. We even asked him to take a look and see if the gender could be found. He did a quick look and said it looked “girly to him” so we went with it.

Luckily the results only took a week to get back, but I can’t tell you how long of a week it was. The test results came back this way (direct from the doctor’s email):

Results are consistent with the normal number of chromosomes 21, 18, 13 and sex chromosomes (XY). Results suggest that the baby is most likely a boy!!

Not only did the test results come back negative for all the not so great things, it came back with a result we really weren’t expecting. In fact, we had not only decided on a girl’s name, but also started picking patterns, colors, and room decorations. Luckily we hadn’t bought any gender-specific items yet, because our world just changed, again!

We were so in shock by the gender change, we went to another private ultrasound just for confirmation. This time, baby bits were dangling and easy to see in the ultrasound. We were having a boy, and it was time to get going on preparing for our little gentleman. 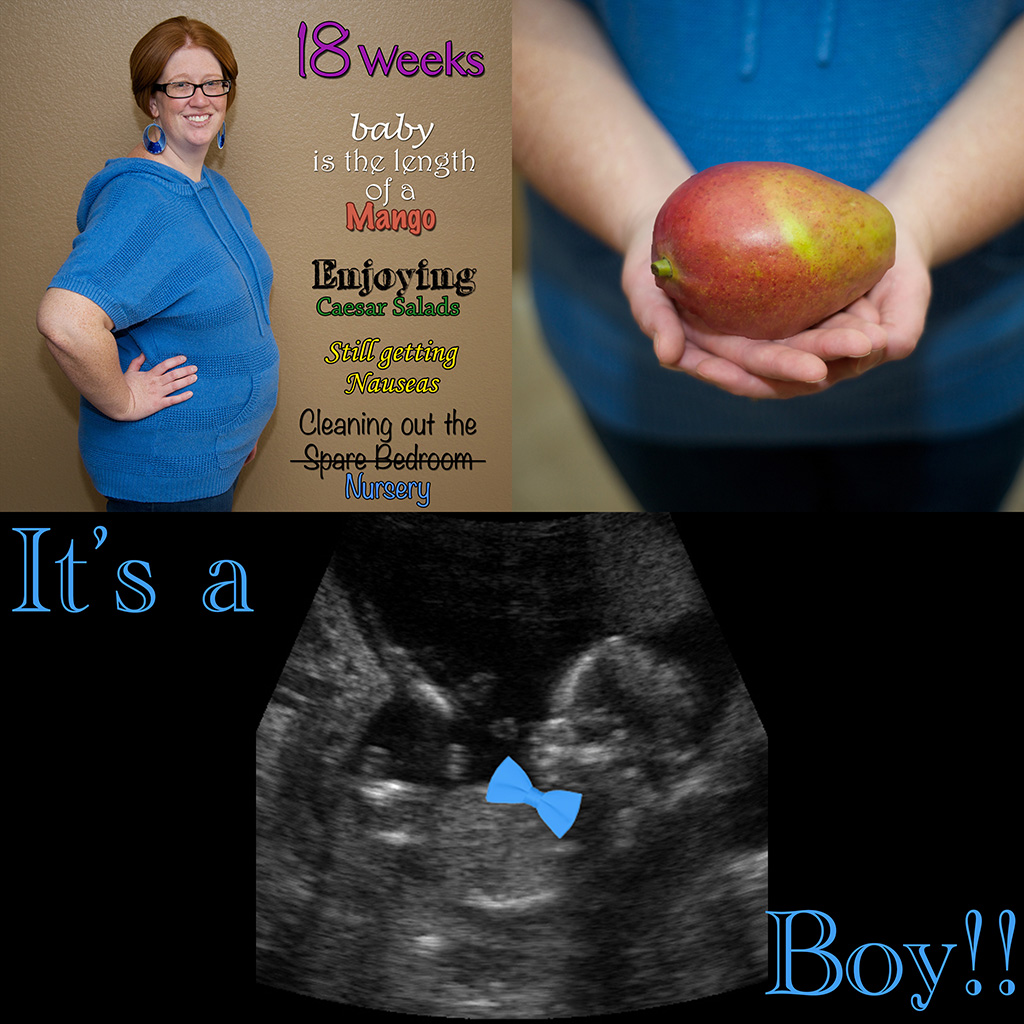