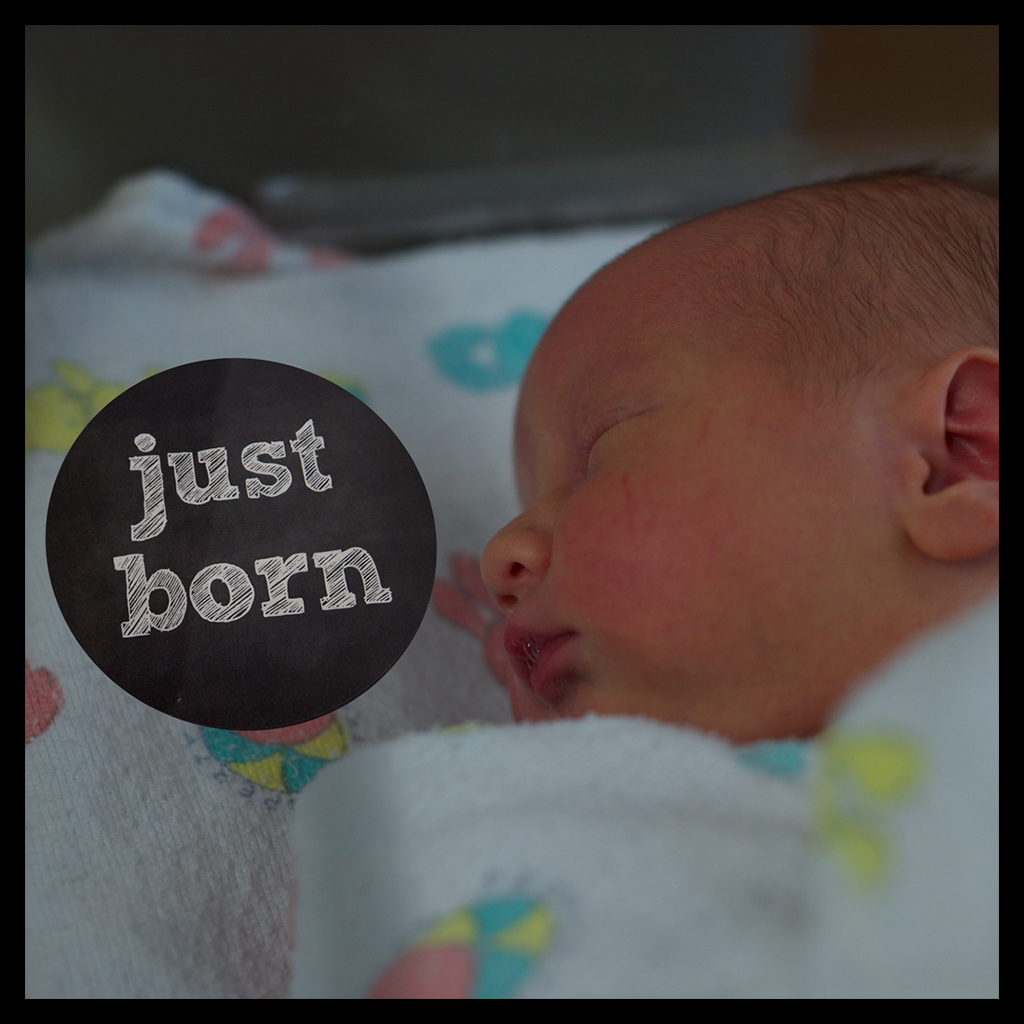 A funny thing happened on the way to a regularly scheduled prenatal appointment… This entire pregnancy had been fairly easy going. Typical all-day “morning” sickness during the first trimester, great feelings during the second, and typical discomfort during the third. All through this process, Hayden grew nicely, Kim progressed wonderfully, and everything more or less went as planned (with one exception).

We came in for our 37 week checkup and things were all looking good, except Kim had some fairly high blood pressure that wasn’t there the entire pregnancy. In fact, her blood pressure has been fantastic and even improved over her pre-pregnancy stats, until the 20th of February, 37 weeks and 3 days into the pregnancy. As a precaution, our OB/GYN sent us over to the Labor and Delivery wing of the hospital to perform a non-stress test (monitoring the baby and Kim for things like heart beat, movement, contractions, pulse, blood pressure, etc.) as well as going to the lab for some blood tests.

About two and a half hours in, blood pressure was still elevated past “safe” levels, and the lab work suggested that things weren’t entirely right. Contractions were happening at every 2 minutes which is far too frequent for not being “in” labor, even though they were minor in intensity. We were given two options, start induction right now or come back on Saturday for another non-stress test and be induced on Monday, the start of week 38. With the induction process being an “up to a three day” ordeal and with things as close to pre-eclampsia were indicated by the test results and blood pressure, waiting a few extra days at a higher risk and higher anxiety wasn’t a good option.

We chose to start inducing. 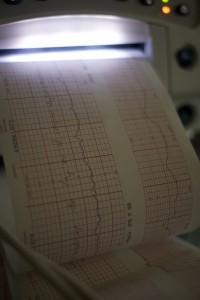 Things progressed very slowly. Medications were given, poking and prodding commenced, dilation was almost nonexistent. Dose after dose was given, exam after exam was performed, but nothing seemed to work. The new plan was to use some physical persuasion to get things to open a bit, called a folly balloon. I’ll spare you the details, but it got Kim to 4 cm fairly quickly.

Saturday started out much like the previous two days: exams, new treatment plans, and very little progress. Typically with where we were in the induction process, they like to see about a centimeter of dilation and hour. It barely was progressing at a half centimeter an hour. Once we hit 4 cm with the folly balloon, an epidural was given, which likely slowed some of the progress of dilation, but was necessary for the pain that started around this time. After another 2 hours she was at 5 cm and they broke her water to see if that would help progress things along. Another 2 hours got almost to 6 cm. At that point, the doctor said that we are just about to the definition of a stalled labor and that a c-section is highly likely to be in the future. The nurse, who I personally consider to be our greatest champion during this final span of delivery, decided to try some different positioning to help encourage a vaginal birth. She was not only protective of us and kept other nurses and doctors from coming in and interrupting our sleep and Kim’s labor, but she knew how important it was for us to not end up in the OR for a c-section.

Less than an hour after she put Kim in an awkward and uncomfortable position, Kim had me call the nurse in. Kim indicated to the nurse that she had an intense urge to start pushing. She did another exam and she had progressed to just past 9 cm of dilation. The nurse called for the room to be prepped and began getting everything ready for Hayden’s arrival. By the time the room was ready, Kim was ready to go, and Hayden was on his way. About 30 minutes later, Hayden was here, and we thought we were out of the woods.

Shortly after they got a majority of the gunk off of him, the placed Hayden skin-to-skin with Kim while the doctor finished up her process. With only about 2 minutes of skin time, they pulled Hayden off of Kim, wrapped him tightly, handed him to me and had me basically sit in the corner with my newborn son. In retrospect, they figured (and rightly so) that I’d be distracted enough with Hayden that I wouldn’t freak out about what was happening in the room. At some point when I was handed Hayden, an alert button was pressed that caused everyone on the floor to come running. The original doctor that had suited up requested an additional doctor. That doctor was in the OR so a third doctor was paged, both of whom made it to the room at about the same time. By that point at least 7 nurses were in the room and more were waiting outside the door to be runners to the pharmacy and blood bank.

Kim had sprung a leak.

After the placenta had been removed, Kim began hemorrhaging which is why all the people were called in. The bleeding was profuse, but so was the pain. The epidural either wasn’t working as effectively as possible, or the pain was just so much the procedure couldn’t mask it any longer. Units of blood were ordered from the blood bank, multiple new IVs were started, and narcotics as well as additional contraction drugs were given. In the 36 or so hours Kim had been in labor, it tired her uterus to the point that it wasn’t contracting on its own, and instead was causing her to bleed out. Over the course of the frightening 45-60 minutes after Hayden’s arrival, I heard talk go from “are there any ORs not occupied?” to “GET AN OR READY” and finally “I don’t think we’ll need an OR, I’ve got the bleeding under control” come from the trio of doctors. A combination of the additional doses of  induction medication as well as some manual pushing and massaging got the uterus to contract as it should, and the bleeding more or less stopped on its own.

As the people slowly started leaving the room from their stations during the emergency, the primary doctor made a comment that “this is why we like to deliver in the hospital” whenever possible. An unforeseen circumstance in the way her uterus reacted to prolonged labor meant that she could have easily bled out. This sort of problem is rarely seen in first time mothers, and although it can be slightly elevated in labors that are induced, it is still fairly rare.

During the whole process, Kim was fairly out of it. A combination of the shock of what had just happened, the massive blood loss, and the narcotics meant that she was barely able to figure out what was going on. Even after the fact, she would ask a question and half way through the answer would “come to” again and ask the same question. Once the immediate danger and shock of the situation subsided, it was actually quite funny to answer the same question four times in a row with no more comprehension on the fourth explanation as the first.

Once Kim was stable enough, we were moved to postpartum and got a a little bit of sleep before the poking and prodding began again just a few short hours later. Then the paper work started to get Hayden a birth certification and social security card and added to our insurance plan and a half dozen other things that had to be done.

For now, Hayden and Kim are happily recovering from their trying ordeal, and with any luck, the three of us will exhaustedly trek back home as we figure out how to be a new family of three. 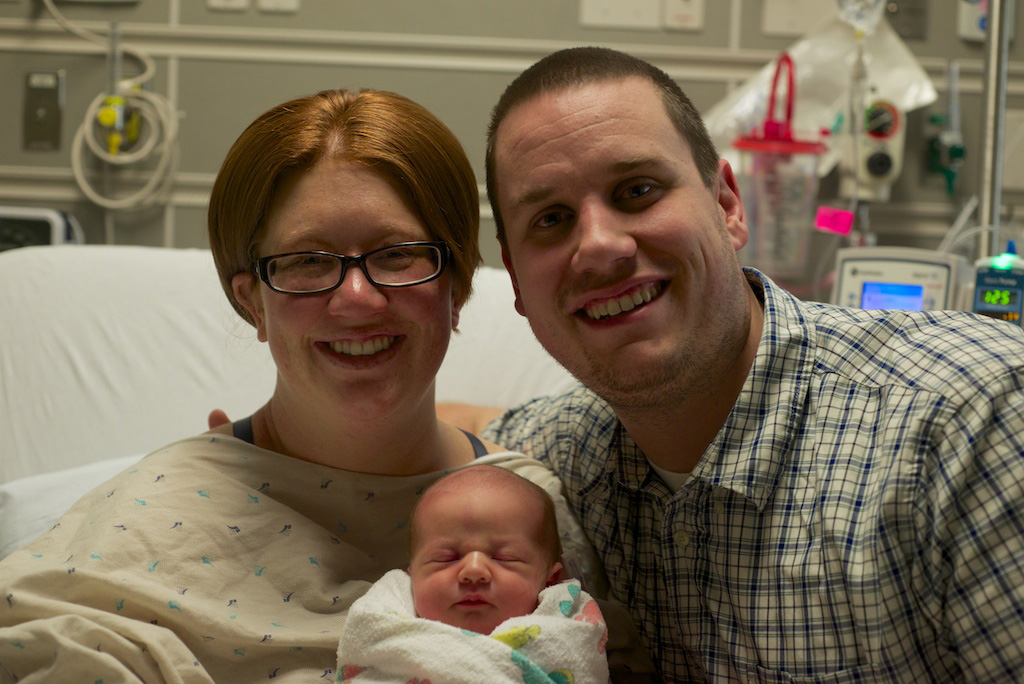 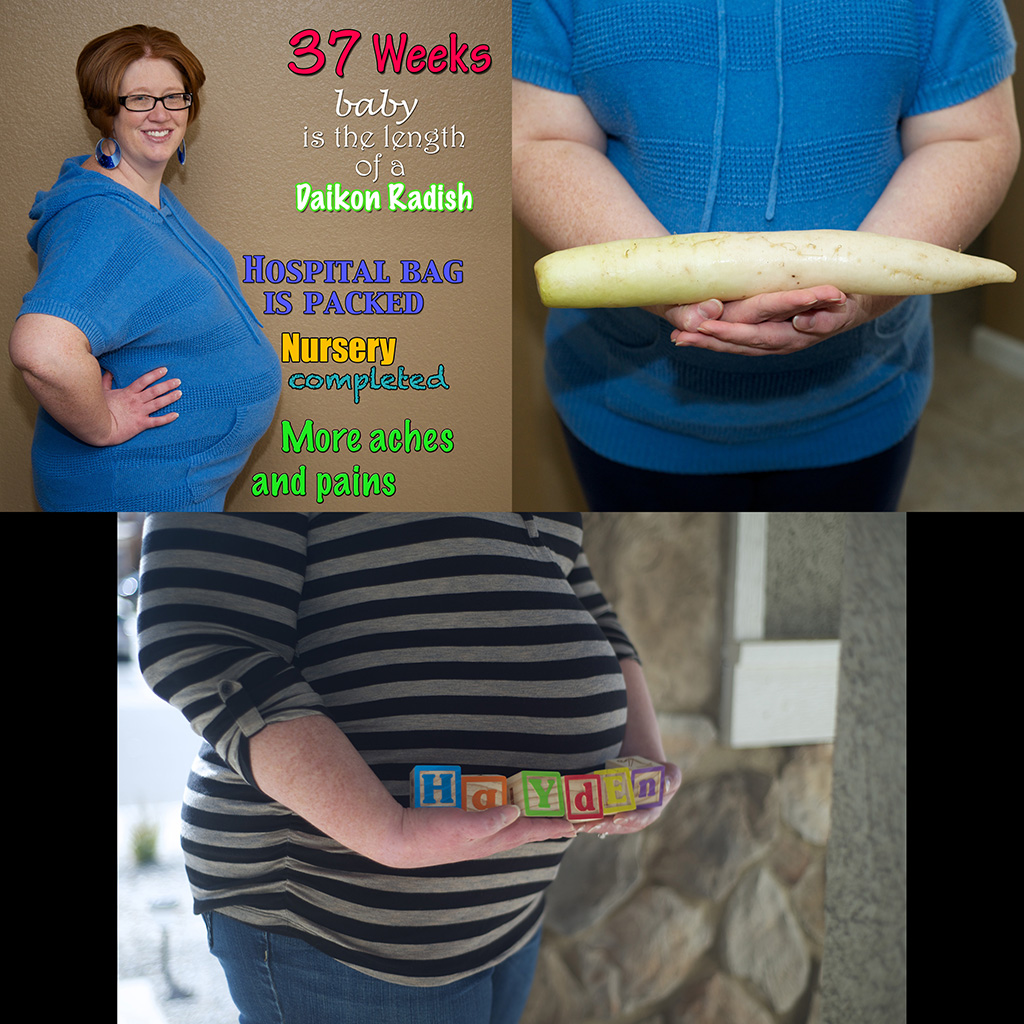 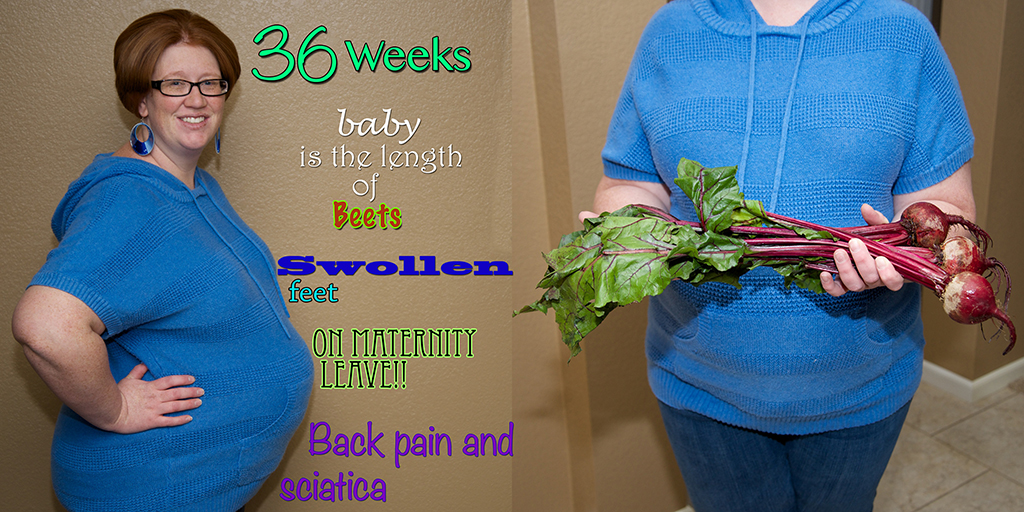 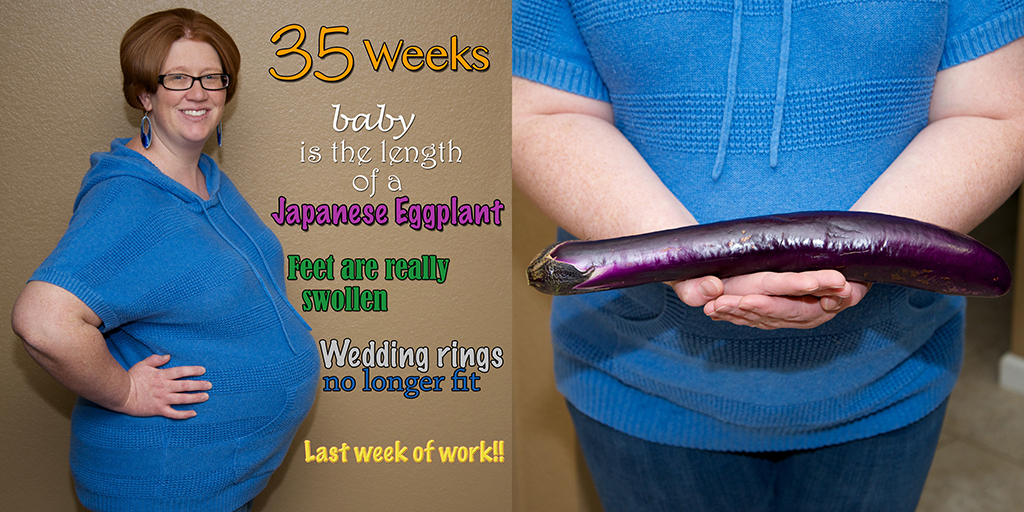